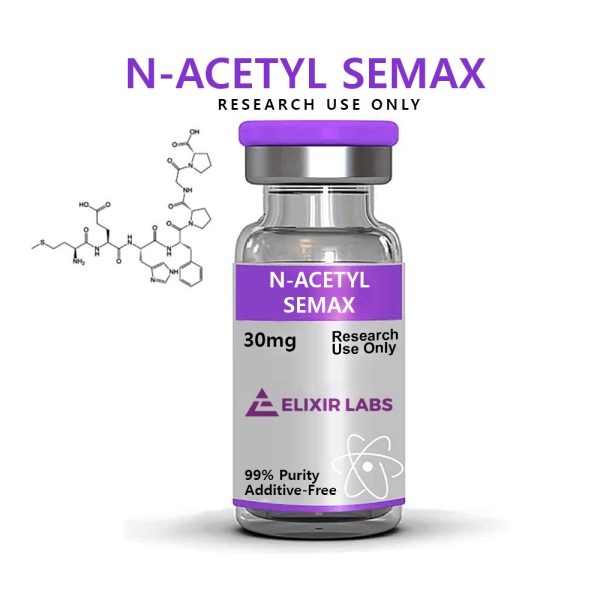 5 People recently viewed this product and 3 people have it in their cart!
Get it shipped by Nov 29 , Order in next

17 in stock (can be backordered)

Lyophilized Powder
Lyophilization is defined as a freeze-drying process that removes water from a product after it is frozen and placed under a vacuum.

In animals, Semax rapidly elevates the levels and expression of brain-derived neurotrophic factor (BDNF) and its signaling receptor TrkB in the hippocampus, and rapidly activates serotonergic and dopaminergic brain systems. Accordingly, it has been found to produce antidepressant-like and anxiolytic-like effects, attenuate the behavioral effects of exposure to chronic stress, and potentiate the locomotor activity produced by D-amphetamine. As such, it has been suggested that Semax may be effective in the treatment of depression.

For more information on N-Acetyl Semax Peptide read:
On Wikipedia