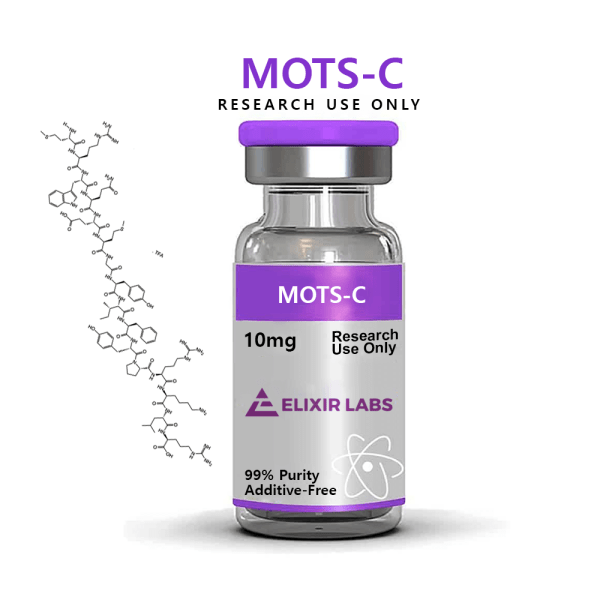 5 People recently viewed this product and 1 people have it in their cart!
Get it shipped by Nov 29 , Order in next

24 in stock (can be backordered)

Lyophilized Powder
Lyophilization is defined as a freeze-drying process that removes water from a product after it is frozen and placed under a vacuum.

MOTS-c is a short peptide encoded in the mitochondrial genome and a member of the larger group of mitochondrial-derived peptides (MDPs). MDPs have recently been found to be bioactive hormones that play important roles in mitochondrial communication and energy regulation. Originally thought to be related to the mitochondria only, new research has revealed that many MDPs are active in the cell nucleus and that some even make their way into the blood stream to have systemic effects. MOTS-c is a newly identified MDP that has, to date, been found to play important roles in metabolism, weight regulation, exercise capacity, longevity, and even processes leading to disease states like osteoporosis. MOTS-c has been found in the nucleus of cells as well as in the general circulation, making it a bonafide natural hormone. The peptide has been targeted for intensive research in the last five years due to its therapeutic potential.